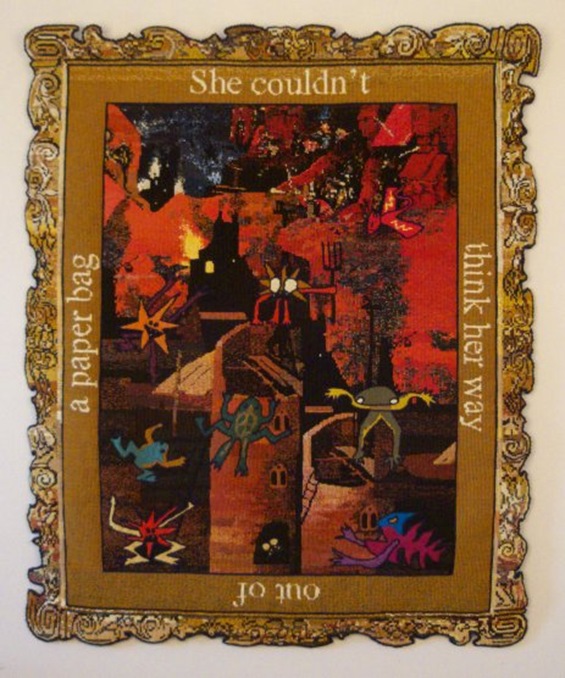 Q Tell us a bit about yourself.

I was born in New York City, to an American mother and a Scottish father. Though I grew up in the US, I was raised as half-Scottish. I spent two years at Vassar College in New York State, studying theatre. A summer season in repertory theatre gave me a clear idea of the challenges and disappointments of that path, so I worked towards being accepted for a year abroad at a Scottish university instead. Within a month of arriving at St. Andrews University, I “defected”, and never went back to live in the US.

I did my degree at St. Andrews in Medieval History, specialising in art and architecture. I don’t think I was actually very academically-inclined. I certainly couldn’t wait for the hour or two each evening, during which I began to make textiles as a creative escape from my studies. By the time I sat my final exams, I knew that I wanted a career as a textile artist. 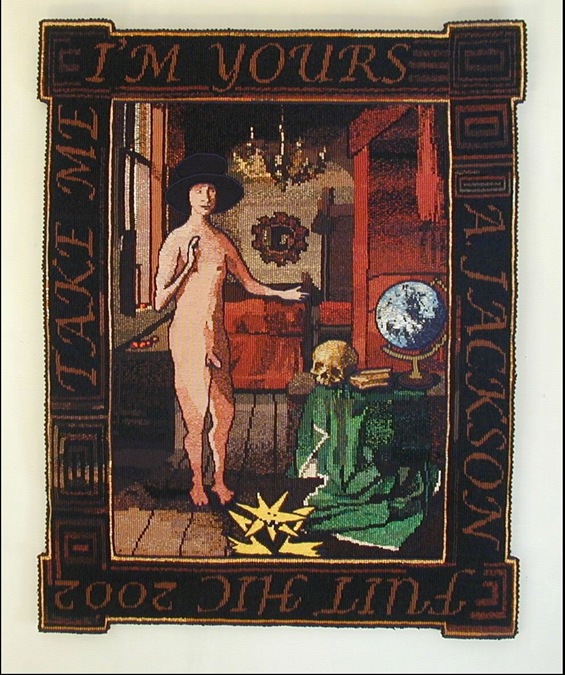 Q When did you decide to become a maker?

When I was young, I learned various textile techniques. My beloved Scottish grandmother taught me to knit, and my high-school friends taught me the technique of knotting. I was at school in the Chicago suburbs; it was the time of the Art Fabric Movement, and the foyers of numerous skyscrapers were hung with monumental tapestries and wall hangings. Textiles appeared to me to be a very prestigious medium, a possible way to make a living and a successful career.

Later, in St. Andrews, I made friends with local people who were tapestry weavers I used to escape from university lectures and studying to spend days working alongside them. While I was still a student, we set up a street market stall selling our own and others’ textiles and ceramics. Not long after I graduated, we were offered premises for a shared studio and gallery in St. Andrews.

Fairly quickly I realised that in order to succeed as a tapestry/textile artist, I needed proper art college training. I had already been strongly influenced by the vibrant Scottish woven tapestry scene, based at Edinburgh College of Art and the Dovecot Studios.

Finding a place at art college proved problematic, however, as I had no background beyond art lessons at school and my own practice. Luckily, I managed to secure a post-graduate place in the Constructed Textiles Department at Middlesex Polytechnic in London. As a result of my time there, I evolved the hybrid “knotted tapestry” technique I have employed ever since. 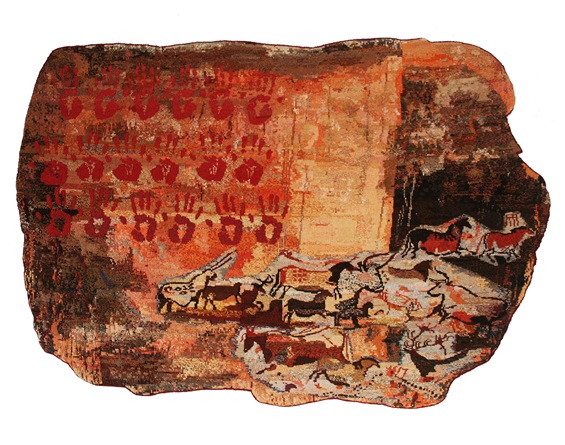 Q What made you choose the materials that you work with?

My technique enables a high degree of flexibility, but requires strength of materials. The individual warps and wefts are held in tension in the structure of the tapestry. I am willing to use almost any high-quality yarn which doesn’t stretch, has a good breaking-strain, and isn’t prohibitively expensive.

From my earliest involvement with textiles, I was drawn to colour, and tapestry is the perfect technique for its deployment. The way yarns absorb light gives richness. In effect, the colour penetrates through the surface because it is integral to the construction.

In my early career I often dyed my own yarns, but in the mid-1990’s I moved into colour-blending, plying up to ten fine strands of anything from cotton to acetate ribbon into hanks to achieve the effects I want. I work directly on top of a painted and collaged cartoon, to which I can respond with frequent colour modifications, sometimes even adding and subtracting individual threads from my wefts according to the changing light on the surface throughout the day. 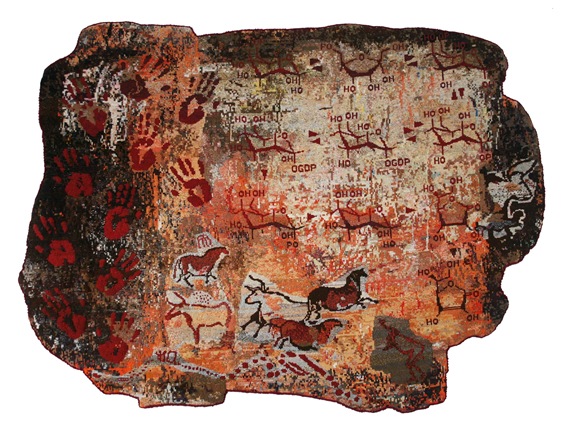 Q What other materials would you like to work in?

Someday, if I had time, I would like to master the hot glue gun. I imagine that it would be a way to express some of my ideas more quickly, through mixed-media sculpture with found objects. But I feel hampered by having to start from scratch, when I already have fluency in a medium through which I can express exactly what I want to, without feeling inhibited by initial lack of skill. 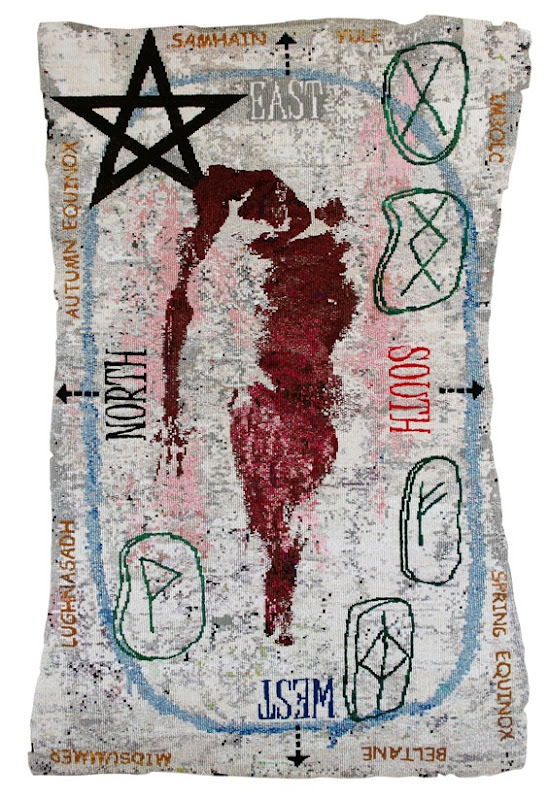 Q Where do you get your inspiration from?

I see myself as working in a contemporary art context. Some years ago I explored the possibility of doing a practice-based PhD. It didn’t work out, but I acquired a taste for academic research and critical writing. I now write reviews and catalogue essays as part of my practice. For as long as I can remember I have been using my medium to express my ideas about the world, the art world and my place in it.

For my current long-term project, ‘The Witchcraft Series’, I have gravitated back to the skills learned in my Medieval History degree. I research Early Modern European witch-trials, so far mostly in England. Sometimes I try to draw out strands of particular women’s lives, and the circumstances that led them to be condemned and executed for witchcraft. I think these stories provide an excellent metaphor for aspects of the contemporary world, and human nature. 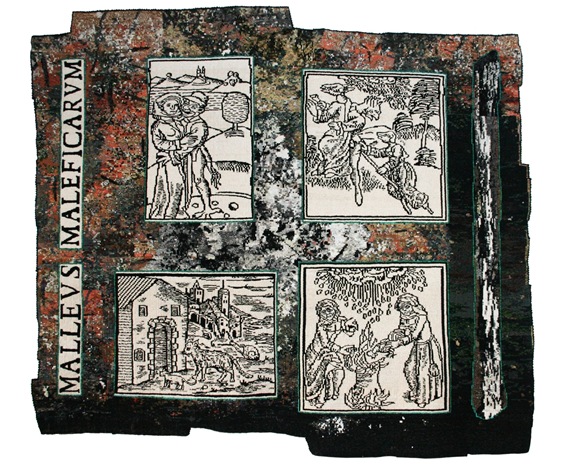 Q What motivates you?

I have a strong tendency towards what I call ‘square-peg-ism.’ Probably due to my background, I often seem to have come at things from an odd angle, as a bit of an outsider. This can be awkward, but also keeps things interesting.

I was an active second-wave feminist at the time I began my practice, and I think that background of social rebellion and critique has stayed with me. It’s probably not a coincidence that I’ve always worked in a medium strongly associated with the feminine.

I’ve also begun or participated in several artist-led initiatives, including the South West Textile Group (which I founded), New Fibre Art, and Art Haven. The first two, based in textile practice, were almost entirely made up of women. My background in radical alternative politics probably also helped me to feel that we artists should help and empower ourselves, because we don’t receive a great deal of assistance from outside. These days my two main involvements are with European Tapestry Forum, of which I am a Steering Group member, and the American Tapestry Alliance, which provides excellent opportunities and online networking possibilities.

I have exhibited widely over the years, and done some teaching. In recent times I have had the opportunity to show my work across Europe, in the three ARTAPESTRY exhibitions organised by European Tapestry Forum, and the “Web of Europe” project mounted by the Ildiko Dobranyi Foundation in Brussels and Budapest. I have exhibited in American Tapestry Biennials 7, 8 & 9, and in the Kate Derum Award Finalists’ Exhibition in Melbourne, Australia. I also do quite a bit of lecturing and critical writing. 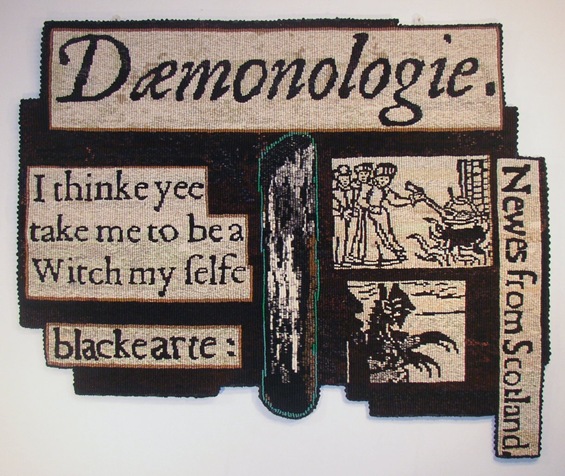 My studio is located in my house. I used to rent studio spaces, but they were often cold, expensive, and inconvenient. I always hoped to be part of an artistic community. Often however, given everyone’s different schedules, I would find myself working alone in an unheated, dark, uncomfortable space. Now I work in a beautiful conservatory with storage, painting and photography space adjacent, Wi-Fi broadband access, kitchen, telephone and central heating. I miss the camaraderie and friendship of shared spaces, but the internet, and a friendly local community, largely make up for it. These days, it also seems more ecological not to travel to work unnecessarily. 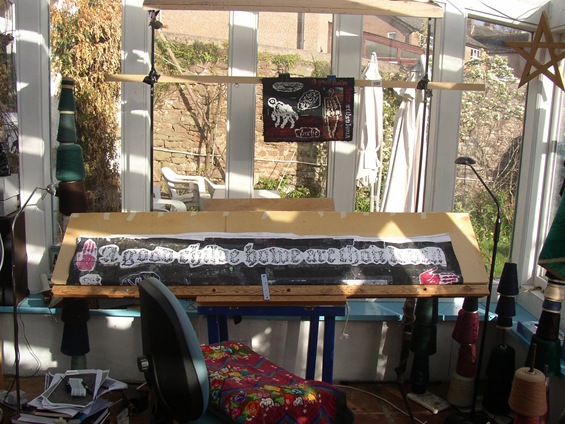 Q Crafts in the 21st Century – what does this mean to you?

I have always been aware of the art/craft divide, and at times have made work that addresses it directly. I feel that we may be on the cusp of coming back to skill-based work, where engagement of the hand, eye and mind is acceptable as a mode through which contemporary art can be produced. Artists like Grayson Perry are great examples of this, and writers like Glenn Adamson are illuminating the boundaries and connections between art and craft practices. His book, ‘Thinking Through Craft’ is a vital text in this argument, and I strongly recommend it. 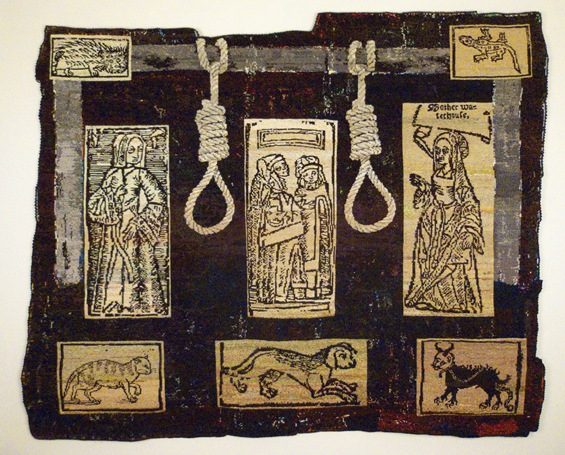 Q Where do you sell and promote your work?

I promote my work through online resources, including my own website, www.annejackson.co.uk and the American Tapestry Alliance artist pages. I exhibit in the UK, Europe, the US and Australia. A few years ago, I had a large tapestry bought by the City Art Endowment of Aalborg, Denmark. I have work in public and private collections in the UK, USA and Budapest, Hungary.

Q What is your typical working day look like?

I try to begin work at 10.00AM, finishing at 6.30PM. I do as much admin, emailing, and writing at the weekends as I can, so that my working week is clear for making. 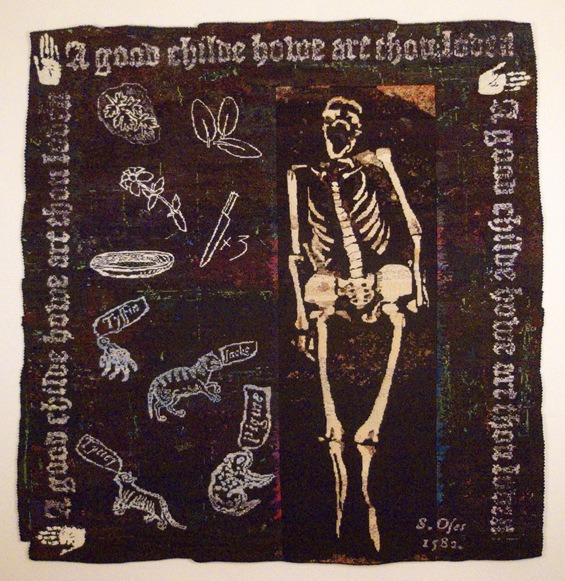 Q 3 words of advice for an aspiring Craft artist/maker...

Q Who is/are your favourite artist(s)/maker(s)? 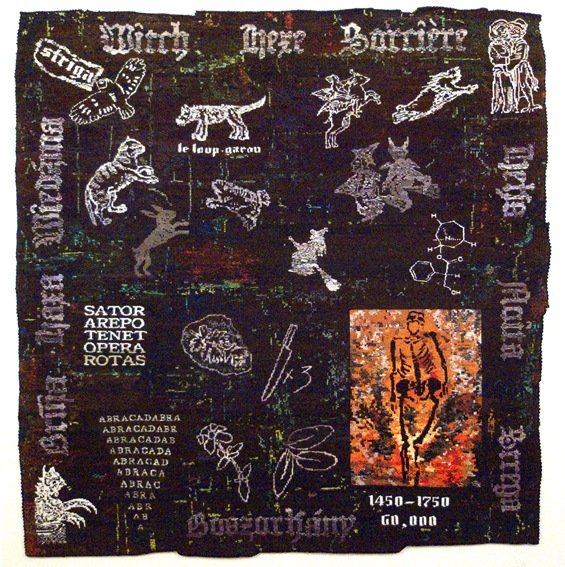 My husband and I are musicians; we have two bands. Playing live music gigs is the opposite of relaxing, but the buzz is incredible. In K-Zee Zydeco Band http://web.mac.com/zydecophil/K-Zee_Zydeco_Band/Welcome.html), I play Cajun fiddle.

My newest passion is playing bass in a post-punk electronica band, the Swamp Gods (http://www.myspace.com/theswampgods). We write our own songs, program beats and make samples and backing tracks. I also read a lot of music magazines and have an unfeasibly firm grasp of pop music trivia.

I still feel a bit of a foreigner, and continue to observe life in the UK with interest. A little bit of me is permanently on holiday, I think. Having grown up in the suburban American Midwest, I have a deep love of the natural beauty of the British countryside, and still feel nourished by it on a daily basis. I lived very happily in rural Fife for some years, then enjoyed the buzz of London. Now I live in a beautiful village in Devon. 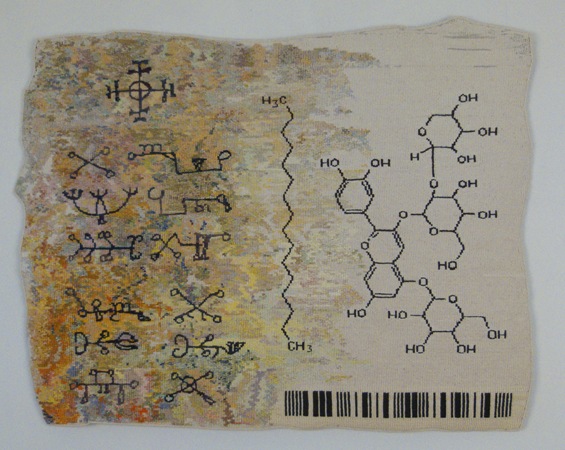 Thank you so much for posting this - I hadn't heard of Anne Jackson before, and I'm so glad I've been introduced to the work of this amazing artist!!